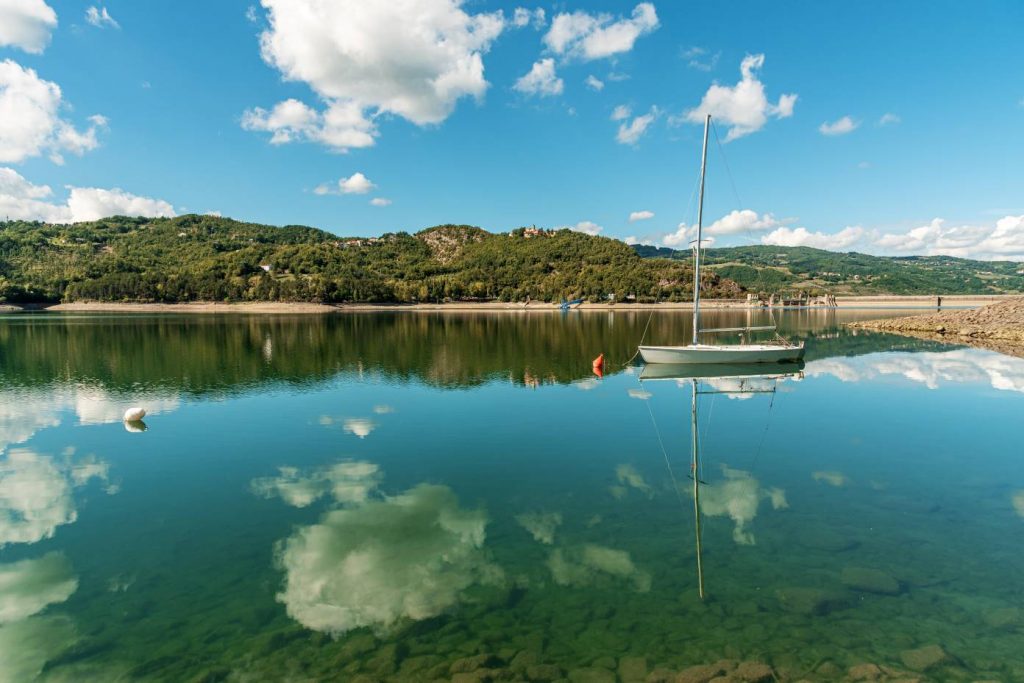 The old town is dominated by the remains of the ancient medieval tower that still looms over the roofs of the houses and is visible throughout the valley. The alleys and architecture of the houses recall the medieval origin of the town, when it was a trading centre on the ridge road that connected Bologna to Florence. The source of the Perio, a spring from which pure and light water still gurgles today, is very important for the town.

The area is home to the shores of Suviana Lake, an artificial lake formed following the construction of a 91.5-metre-high dam, which began in 1928 and was completed in 1935. The lake is also used for bathing and water sports. Onthe banks, in the middle of the pine forest, there are numerous spots provided with drinking water and tables for picnics, connected by an easily accessible path.

A few kilometres from Castel di Casio, is Badi, a place that preserves important architectural remains, including the Chiesa barocca di San Prospero (San Prospero Baroque Church) dating back to the seventeenth century and the rural buildings of Ca’ Vecchia, of interest for the decorated, sixteenth century portal.

The Oratorio di Sant’Ilario (Oratory of Sant’Ilario) is located in the hamlet of Moscacchia. A small church with a single nave surrounded by woods and large meadows. Over the centuries, the structure has undergone several renovations, but the Romanesque apse has remained intact. Inside there are some sixteenth-century frescoes.