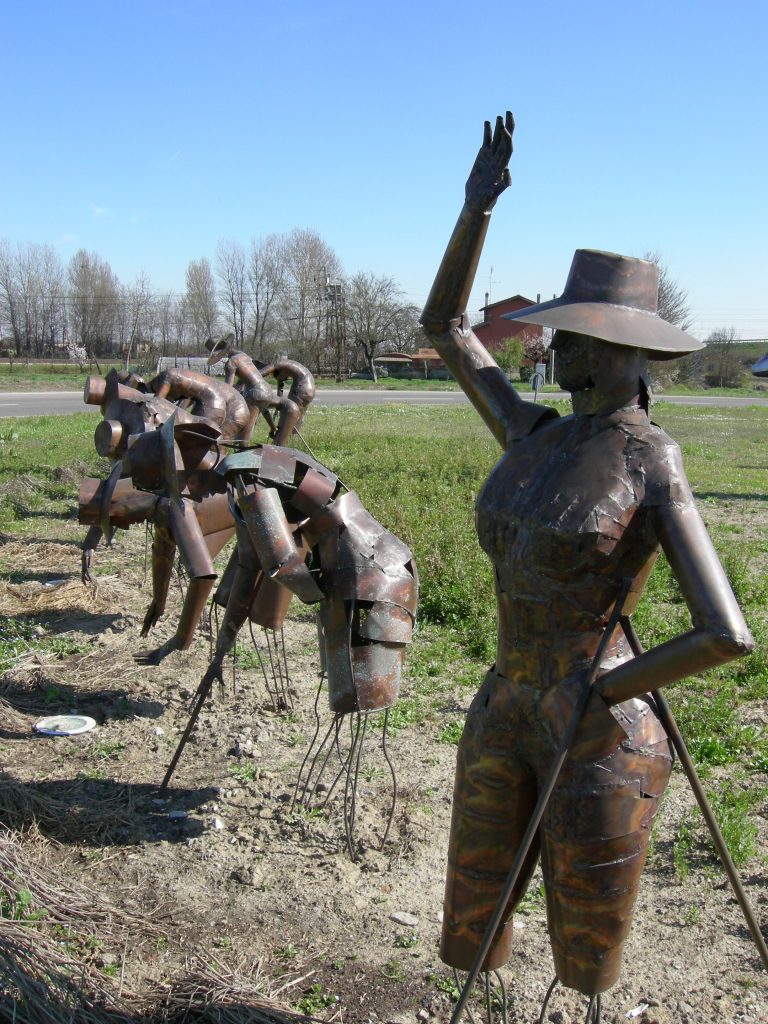 San Pietro in Casale is a town in the Bolognese plain about 25 kilometres from the historic centre of Bologna. It owes its name to San Pietro, its patron saint, and ‘casale’ (farmhouse) from which the town developed.
Its territory lies between the Navile canal and the River Reno, more specifically in the area where the river turns sharply towards the south-east, and is characterised by a very varied plain.
The area is dotted with manor houses, ancient rural buildings, several bell towers rising up from the plain, historic buildings and elegant Bolognese-style porticoes.
In the past, it was characterised by its cultivation of rice, which unfortunately today has almost completely disappeared.

San Pietro in Casale was a marshy area until a century ago when the land was reclaimed after the end of the Second World War. A part of the territory is still a wetland and can only be reached by boat or by paths and walkways. The Casone del Partigiano (Partisan’s Guardhouse) built between 1790 and 1850 can be found in this area. It was used as a partisan base during the Second World War and the surrounding area witnessed bloody clashes with the retreating Germans during those years. Today, it represents a place of Peace between men but also between man and nature.

The green area covers 10 hectares and is home to various plant and animal species. For example, we can find 180 different species of butterflies and moths, including the Epilobium Sphinx (a rare moth that is a protected species throughout Europe)

In the centre of the town, on the other hand, there is the church of Saints Peter and Paul with its Romanesque bell-tower that reveals its ancient origins and the Casa Frabboni Museum, which hosts permanent exhibitions such as those dedicated to Guido Frabboni and Raimondo Rimondi and others for specific periods which are also interesting and worth visiting.