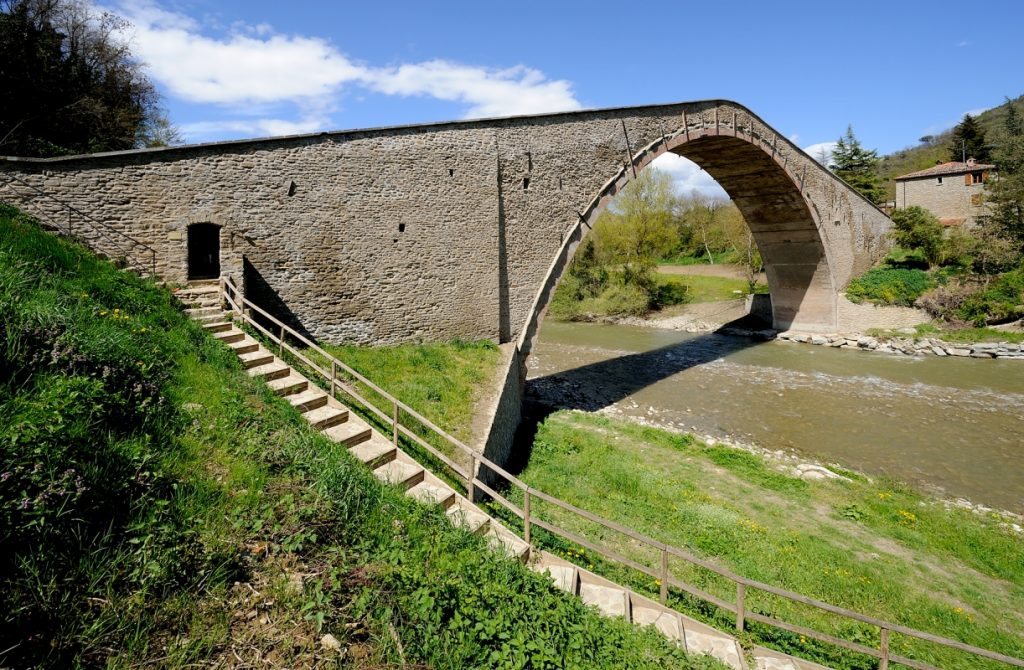 Castel del Rio is a medieval village located along the Santerno Valley. Its origins date back to the Celtic era between the fifth and sixth centuries when the town served as a market on the banks of the river.

Walking through the historic centre, which has also medieval origins, you can see traces of the dominion of the Alidosi, a noble feudal family who had their stately residence built in Castel del Rio. Today, it is a ruin known as Castellaccio, which towers over the hill behind the village among centuries-old woods and chestnut groves. Walking through the village, you can see the scars left by the Second World War. The area was the scene of civil clashes and air raids.

The War and Gothic Line Museum is located exactly in the centre of the town in honour of this period and offers the visitor a glimpse of the World Wars through the lives of the inhabitants. The museum exhibits a wide collection of military objects such as weapons and uniforms found on the battlegrounds.

Continuing on foot, through the streets of Castel del Rio you can admire the large sixteenth-century monuments commissioned by the Alidosi family: Palazzo Alidosi and the Alidosi Bridge.

The bridge can be used to access the village. Because of Its unique size it became a national monument and astonishes visitors given its grandeur and magnificence. The single span bridge, with the classic particularly steep arched humpback shape typical of medieval bridges, has recently been restored. Today it overlooks an urban beach, created on the banks of the river, where you can relax and cool off in the natural pool at the foot of a strange mushroom-shaped boulder.

By car: Leave the motorway at Imola and follow the signs for Casalfiumanese and then for Fontanelice.  After a few kilometres you come across Castel del Rio.

Parking: Free parking is available in the streets adjacent to the village.