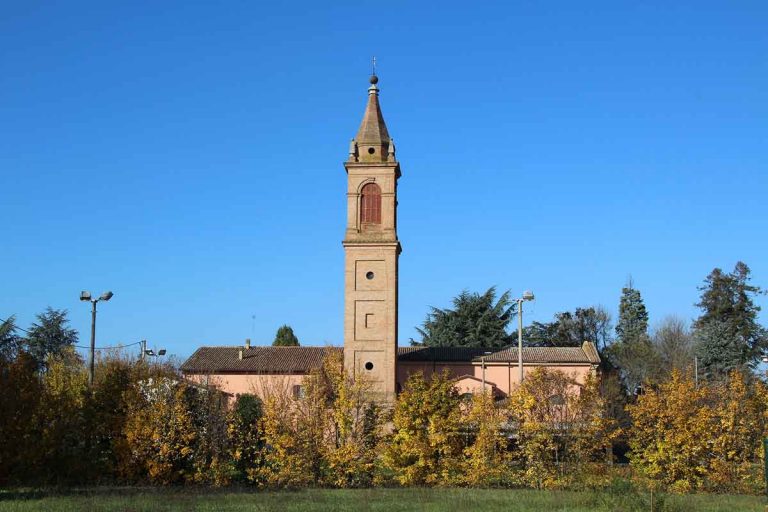 Bubano is a small town in the municipality of Mordano, near Imola, long disputed between the Bologna and Imola.

The visit to the town starts from its main road, Via Lume, where it is possible to admire the 15th-century Torrione Sforzesco (Sforza Tower). Entirely rebuilt by Caterina Sforza, it remained in the Sforza family up until 1499, when it was conquered by Cesare Borgia. Today, it is still possible to see a tower, a small part of the stables, and a part of the fortress.
Each year, the famous Palio del Torrione is held here, launched in 1997. For the festival, the village recreates what life would have been like at the time of Caterina Sforza, and the streets come alive with music, markets and good food. The stars of the event are the town’s four neighbourhoods, which challenge each other to various tests of skill to win the Palio: each quarter has to choose a dame and four knights.
The dames head up to their respective fortress towers. From there, they must then pierce the dragon found at the centre of the castle with a spear. The knights at the base of the castle have to push the tower of their dame as close as possible to the target, blocking their adversaries in the process.

By car: Take the tollbooth exit for Imola from the A14 motorway. Free parking is available on side streets.