Located in the Bologna Plain, Baricella is a small town about 30 km from the historic centre of Bologna, located between the riverbanks and the large farmyards of the farmhouses. 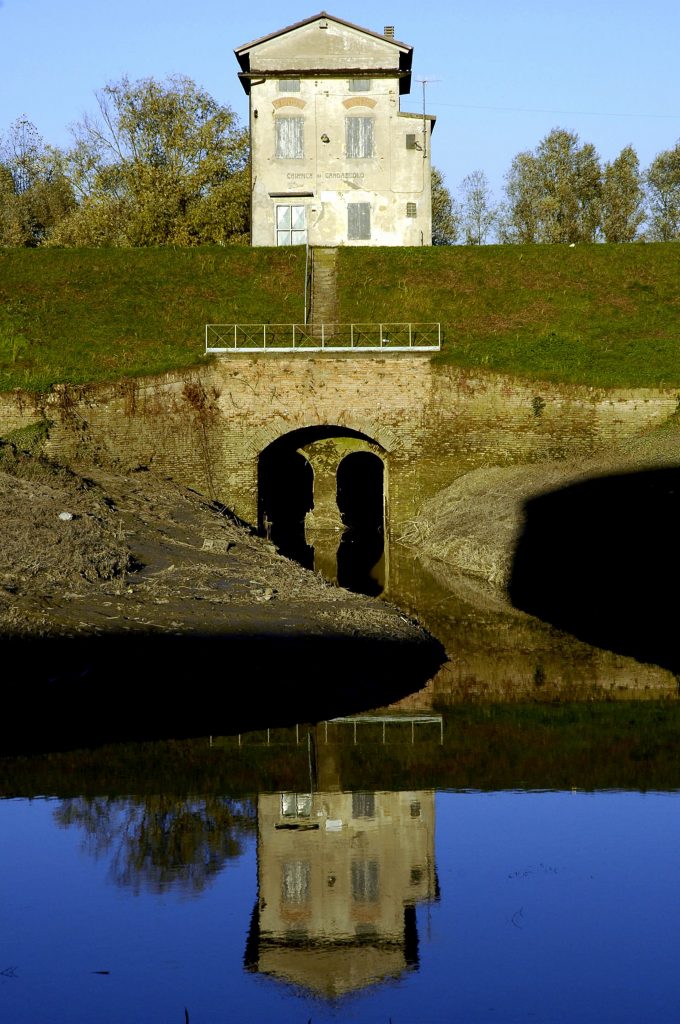 Located in the Bologna Plain, Baricella is a small town about 30 km from the historic centre of Bologna, located between the riverbanks and the large farmyards of the farmhouses.  It is located along the ancient Via San Donato and is the last municipality in Bologna before reaching Ferrara.

Piazza Carducci is the throbbing core of the historic centre. A beautiful square where the Monumento ai Caduti (Monument to those who fell in battle) is located, consisting of a bronze group designed by the sculptor Arturo Orsoni from Budrio.

The symbol of the territory is Palazzo Segni o della Dogana, built in the seventeenth century, where the papal and Ferrara customs officers monitored the river traffic from the Navile to the Po in Primario. Here Lucrezia Borgia stopped on her way to marry the Duke of Ferrara. The extensive surrounding park contains boundary stones of the ancient border and the rings of the boats were hung on its buttresses.
Don’t miss the eighteenth-century Chiesa di Santa Maria di Baricella (Santa Maria di Baricella Church), which has its origins in the fifteenth century, and houses a valuable wooden crucifix of the early seventeenth century considered miraculous by believers. Among the pictorial works is the painting of the Madonna del Rosario, related to the cult that developed during the Counter-Reformation era. The cave dedicated to the Madonna of Lourdes and built in 1942, is particularly cherished by worshippers.
Another important church is the Chiesa di Santa Maria del Corniolo (Santa Maria del Corniolo Church) dating back to 1530 in the hamlet of San Gabriele. Inside it is the altarpiece depicting the Assumption, two sixteenth-century frescoes of the counter façade and an interesting fragment with floral and anthropomorphic motifs, perhaps the work of Amico Aspertini, who in the same years worked on the decorations of the Rocca Isolani di Minerbio.

The village of Boschi, 5 kilometres from Baricella, is very interesting. A group of houses divided in half by the ancient course of the Savena, now abandoned. To the right of the embankment stands the chiesa di Santa Maria Lauretana (Santa Maria Lauretana Church), the construction of which was ordered by the Senator, Cesare Bianchetti, in 1619 who wanted to see a place of devotion dedicated to the Blessed Virgin. Inside there is a beautiful wooden Madonna dressed in fabric clothes, dating back to the time of the first seventeenth-century construction.
In the hamlet of Passo Segni, stop at the Chiesa di Santa Filomena (Santa Filomena’s Church), built between 1840 and 1843 at the wishes of the knight Antonio Persichelli of Cremona. The construction incorporated the earlier chapel of the Counts Segni. The beautiful bell tower in Cremonese style was added in the same years, along with the rectory and the bell tower house. Inside, the altarpiece of the high altar is of the school of Guido Reni.