Crevalcore is a small town in the Bolognese plain about 30 kilometres from the historic centre of Bologna. 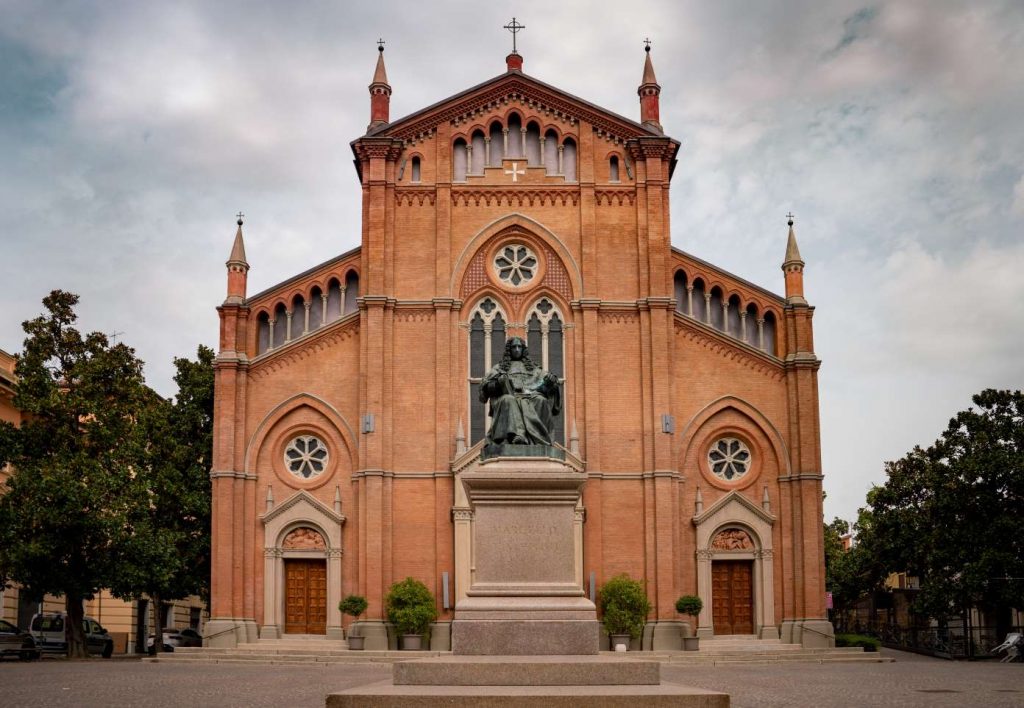 Crevalcore is a small town in the Bolognese plain about 30 kilometres from the historic centre of Bologna.

In addition to having a beautiful historic centre, which still contains some magnificent buildings, there are numerous villas [here called castles] and towers that can be found in the surrounding countryside, the testimony of a rich past.

The five oldest and most important villas are: Villa Caprara, in the Ronchi area, a noble residence with an elegant eighteenth-century church connected to it.
About 2 km from this villa is the private oratory “La Rotonda”, so called because of its circular shape, an expression of the perfect balance between Rococo and Neoclassical architecture.
Not far away you can also find the house where Marcello Malpighi lived in the fourth decade of the seventeenth century, as well as the birthplace of Francesco Ippolito Albertini, one of Malpighi’s pupils and a pioneer in the study of heart disorders.

In Caselle you can find Palazzina Pepoli, an elegant seventeenth century building immersed in a luxuriant green thicket. There is also the Palata Pepoli castle, built by Count Filippo Pepoli in 1540. This is one of the first castles to abandon the shape of a fortress and to adopt that of a villa with a solid and elegant appearance.
The parish church of Palata is also associated with the castle. It was founded in the sixteenth century by the Pepoli family and dedicated to St. John the Baptist. It still contains some important works of art.
The property of the Pepoli family also included Galeazza, a village that takes its name from a mighty tower built by Galeazzo Pepoli in the second half of the 14th century. The villa was built around the tower in the sixteenth century.
The last historic building is found in Bevilacqua. It was commissioned by Count Onofrio Bevilacqua and dates back to the second half of the sixteenth century. It still shows an imitation-antique structure.
Moving on to the city centre, as well as numerous churches, buildings and Porta Modena, which is of late-medieval origin, we can find the unusual Leo Preti Puppet Museum, the smallest museum in the world, in which you can indulge in a magical world of puppets and admire Leo Preti’s original puppet theatre together with scripts, manuscripts, props and numerous puppets… starting with the inevitable Pavironica Family (Sandrone, Pulonia and Sgorghìguelo). The museum contains a collection of about a hundred masks, animals, wizards, fairies, witches and devils, produced by the puppeteer Leo Preti from Crevalcore.

Lastly, there is the very important Ecological Rebalancing Area “Settling basins of the Ex-Sugar Factory”, created in the 1980s. A small naturalistic pearl where you can observe the plants, animals, landscapes and ecosystems that characterise the Lower Bolognese plain. The most representative species of this area is the white stork, which has spontaneously returned to nest here for the last twenty years. 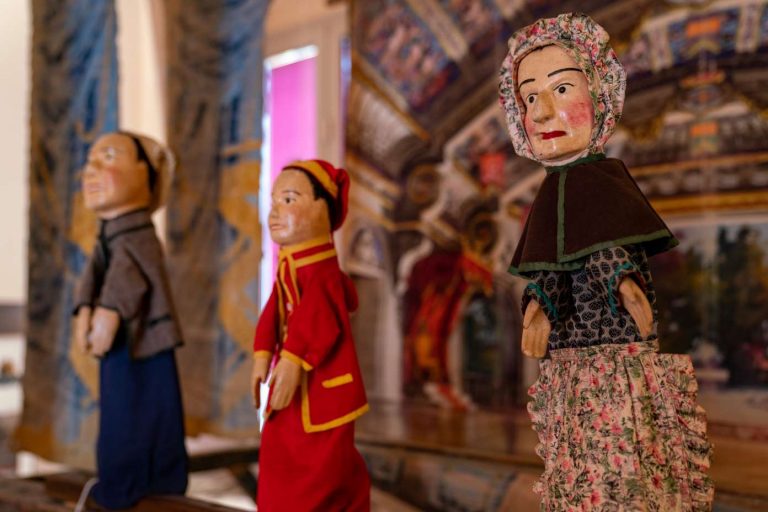 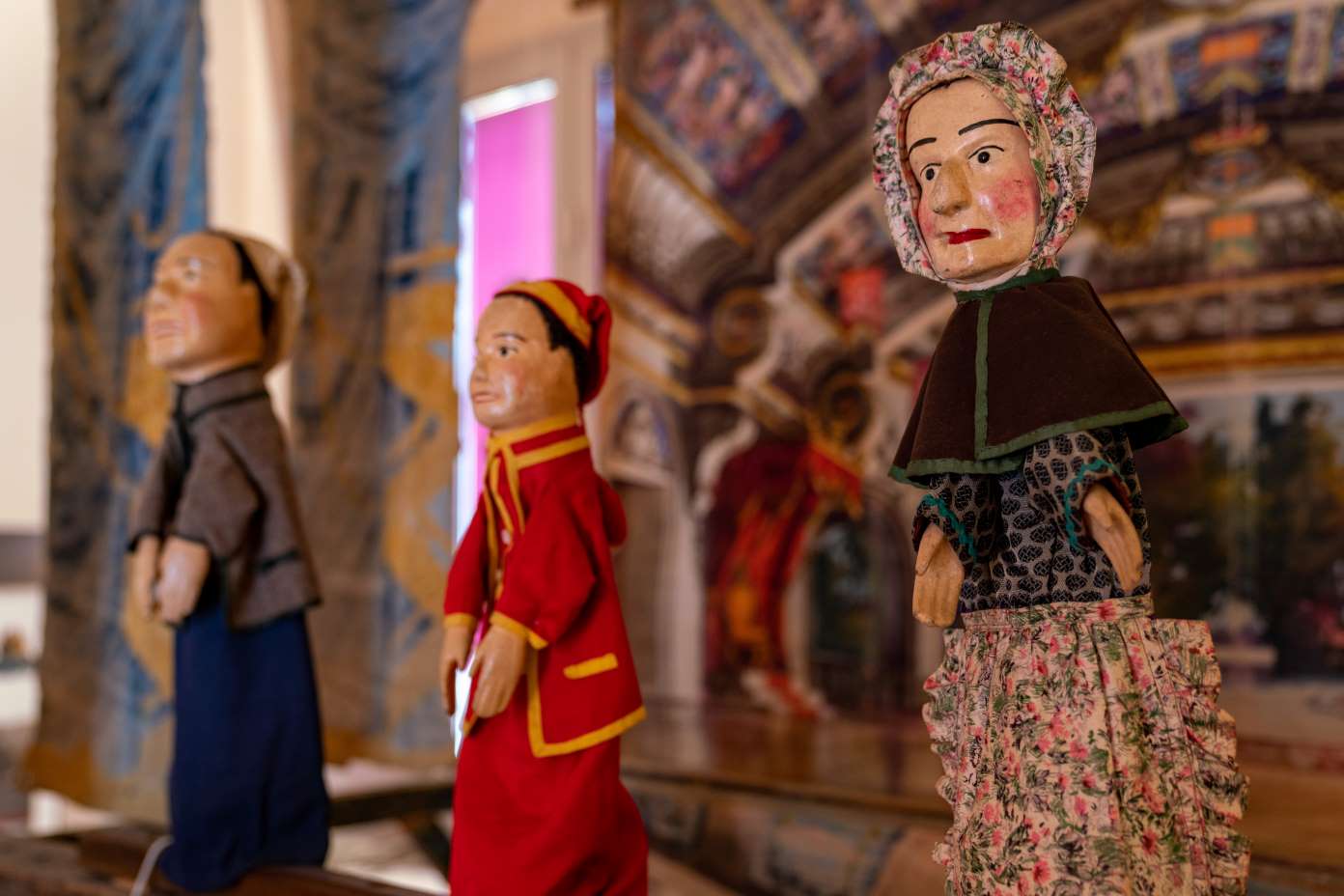 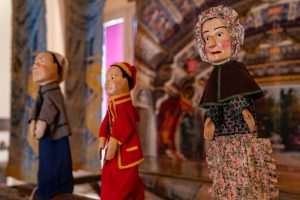