Halmet of San Giovanni in Persiceto 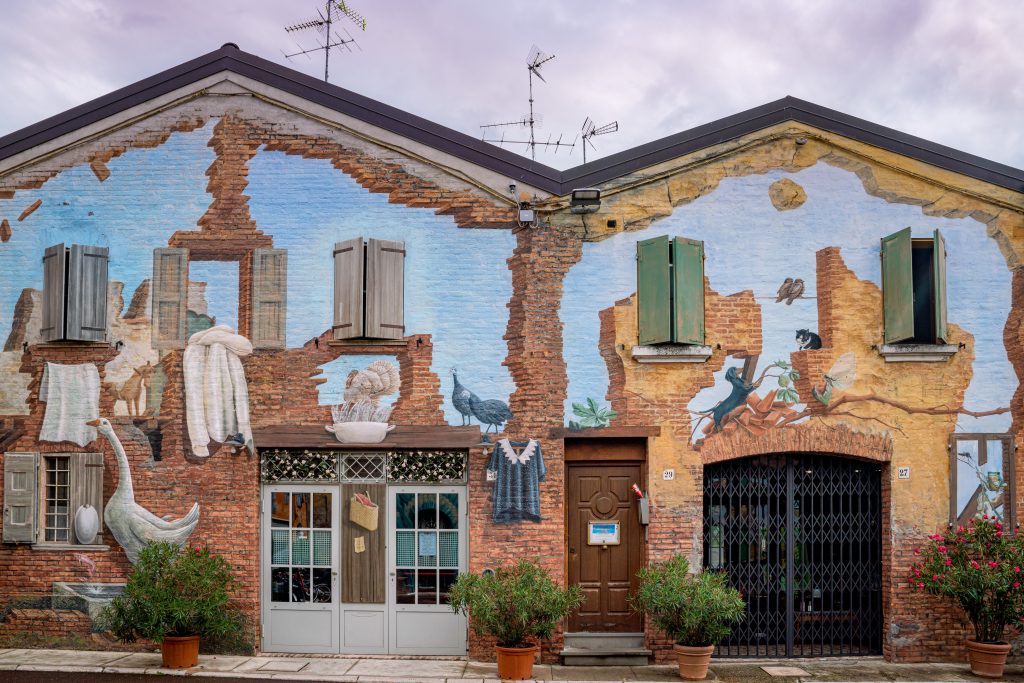 San Giovanni in Persiceto is a village that lies in the Bolognese plain. It is also called the “round village” due to the plan of its historic centre which preserves the concentric medieval layout dating back to the time of the Lombards.

Walking through the village, you can immediately notice how it is characterised by colourful streets that lead to the stunning Piazzetta Betlemme, also renamed Piazzetta degli Inganni. A tribute to cinema created by Gino Pellegrini, which creates the illusion of images suspended between reality and the imaginary.

Continuing along Corso Italia, you reach the main square of San Giovanni in Persiceto, Piazza del Popolo where the Parish Church of San Giovanni Battista can be found. It is the home to works by the main Bolognese artists between the 16th and 19th centuries: Guercino, Francesco Albani, Ercole Graziani, Ubaldo Gandolfi and Alessandro Guardassoni. In front of the church, there is the fifteenth-century Palazzo Comunale (town hall) with an impressive eighteenth-century staircase.
Next to it is the seventeenth-century Town Theatre that has been renovated and rebuilt several times over the years.

As you continue your tour of the village, you can see that it has a high concentration of museums of various interest from the Museum of Heaven and Earth, with a section dedicated to the Physics Experience, the Environmental Archaeological Museum and the Museum of Sacred Art.

A unique and interesting time to visit the village is during its Historical Carnival, which is one of the oldest carnivals in Emilia-Romagna and started in the late nineteenth century.

By car: From Bologna, head towards Borgo Panigale and take the state road 568 to San Giovanni in Persiceto.

By train: From Bologna Central Station, take the train to Verona and alight at San Giovanni in Persiceto.

By bus: From the Bologna bus station, take bus 576 and alight at S. Giovanni in Persiceto.