It is a land of gullies, countryside, hills and sky. It lies along Via Emilia, a few kilometres from the historic centre of Bologna, on the route that goes eastwards towards Romagna. 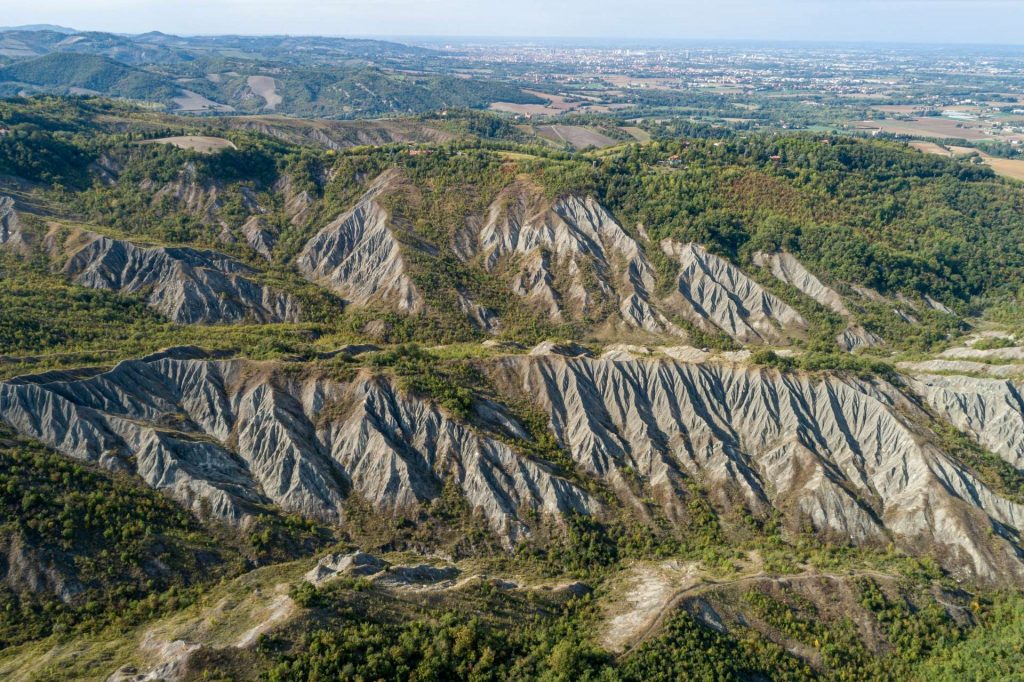 San Lazzaro di Savena is a land of gullies, countryside, hills and sky. It lies along Via Emilia, a few kilometres from the historic centre of Bologna, on the route that goes eastwards towards Romagna.

The hills of S. Lazzaro, of karstic origin, form part of an important environmental heritage with the Natural Park of the Gessi Bolognesi and the Calanchi dell’Abbadessa, in which the largest cavity in Western Europe, the “Grotta della Spipola”, can be found with its doline and gypsum outcrops of Farneto and Croara discovered by the Bolognese speleologist Luigi Fantini. Another cave that can be visited is the Grotta del Farneto, famous for the historical artefacts found there, which date back to six thousand years ago, now housed in the Luigi Donini Museum of Prehistory.

San Lazzaro also has several cycle paths that are a dream come true for bicycle lovers.
There are also numerous examples of religious and civil architecture that can be admired in the area. One of the churches that deserves a special mention is the Abbey of Santa Cecilia della Croara that dates back to 1095 and was originally part of a Benedictine monastery.
The area is dotted with patrician and luxury villas that the nobility built in order to enjoy the landscape and the surrounding countryside. Villa Cicogna was built in 1500 by the architect Jacopo Barozzi. The interesting stuccoes and frescoes depict biblical scenes, Greek myths, and seventeenth-century war scenes. Castello Dolfi-Ratti, a sixteenth-century building, the site of an ancient hospital (lazzaretto) from which the town takes its name. The vast castle covers 1200 sqm of villa with over 180,000 sqm of park and Italian style gardens. The entrance to the building on the ground floor is formed by a large loggia with a barrel vault decorated with frescoes of mythological scenes, an ancient private chapel with stucco decorations from 1777 and the auditorium.

The murals created by the writer Fabieke as part of a town tender in support of young creative artists are of particular interest. Among the walls are those dedicated to Gandhi, Rita Levi Montalcini, but also Malcolm X, Albert Einstein and Nelson Mandela.