It is a town crossed by the Navile canal, which the most important and representative buildings of the town look onto 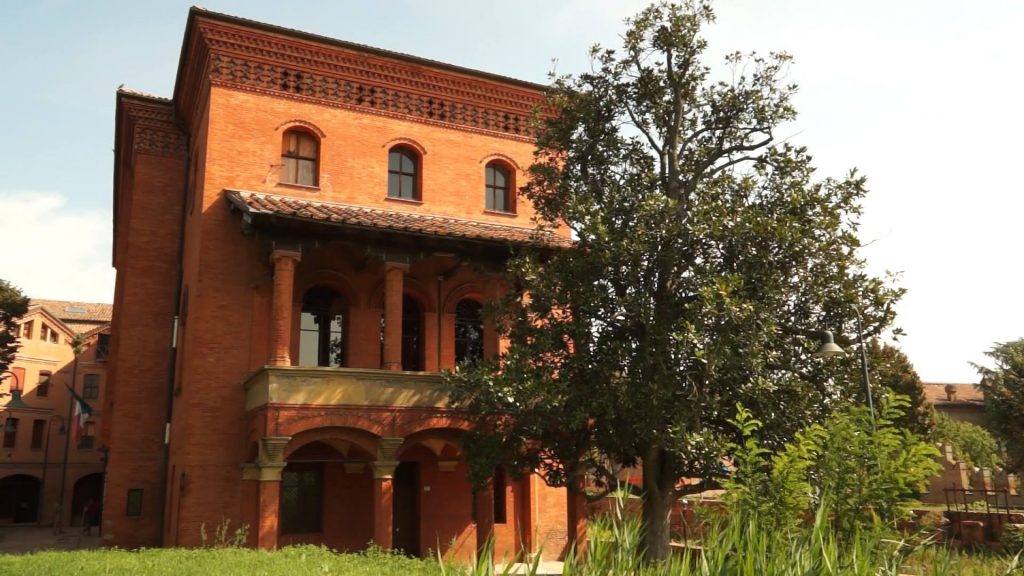 Bentivoglio, less than 20 kilometres from the historic centre of Bologna, is a town crossed by the Navile canal, which the most important and representative buildings of the town look onto. The town takes its name from the famed and prolific Bolognese Lords “i Bentivoglio” since 1886, but its origins are much older, and date back to the Villanovian era.

In the historic centre of the town, in the second half of the 1400s, the Bentivoglio family built the “Castello di Bentivoglio” (Bentivoglio Castle), today one of the most important historical buildings in the place, once their leisure residence. The building houses the memorable cycle of frescoes named the “storie del pane” (stories of bread) depicting the stages of bread-making, from sowing to the banquet.

A symbol of the milling economy of the plain is the mulino Pizzardi (Pizzardi mill), an extraordinary industrial archaeological heritage already active in the 1300s.

A few steps from there, the Palazzo Rosso, built by the Marquis Carlo Alberto Pizzardi in 1887 as a manor house, is of a different genre and style. The palace is one of the best-known examples of the Bologna Liberty period and features splendid decorations created by Achille Casanova and designed by Augusto Sezanne, depicting typical settings of the local marshland area. But the masterpiece of decoration is located in the hall overlooking the loggia, “Sala dello Zodiaco“, built between 1896 and 1897 by Augusto Sezanne and used by Carlo Alberto Pizzardi as a meridian for consultation and interpretation of the stars. This is one of the best expressions of Æmilia Ars. On the ceiling there is a depiction of the evolution of the earth and the moon phases combined with the stylization of the Sun, represented with the sun’s rays of an intense red colour; on the walls are the zodiac signs, the marsh air typical of the area. Today it is home to the Biblioteca Comunale (Municipal Library), the Hall of the Municipal Council and a place for cultural activities.

Another museum i in the centre of Bentivoglio is the Museo della Civiltà Contadina (Peasant Life Museum) inside Villa Smeraldi, built in the first half of the 20th century and surrounded by a beautiful romantic park. Agricultural machinery, tools and objects that bear witness to the work in the Bolognese countryside from the 1800s to the 1900s, offer a reconstruction of life and events in the plain.

Moving to the most important natural area of the municipality, the Oasi la Rizza is one of the most important wetland complexes in the protected plain, including at a European level. Inside there are deep and immediately subsequent shallow waters with a large island in the centre of the reservoir. Two observation towers and some screened areas have been built for better observation of the flora and fauna. Here there has been an important project to reintroduce the white stork, thanks to which today it is possible to observe it and some of its nests.