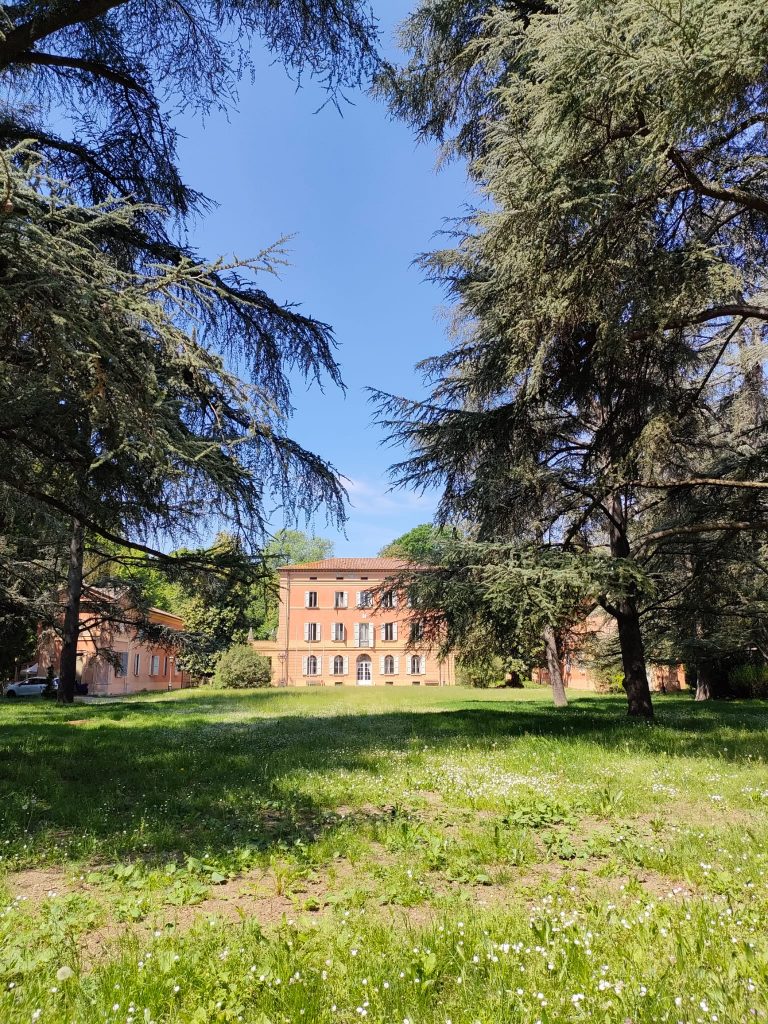 Castel Maggiore is a town in the Bolognese plain located 9 km from the historic centre of Bologna. The area is crossed by the Navile Cycle Route, a pedestrian and cycleway that runs along the banks of the Navile Canal between Bologna and Malalbergo. The Lungoreno also offers interesting nature trails, particularly in Trebbo di Reno.
The church of San Giovanni Battista del Trebbo is of particular interest. Other parish churches include those of Sant’Andrea Apostolo del Castel Maggiore, San Bartolomeo Apostolo di Bondanello and Santa Maria Assunta.

The municipal area contains several private buildings of particular interest. In particular, Villa Zarri, a sixteenth-century villa that was remodelled in the eighteenth century, with a large garden dotted with statues. Today it is also home to a small company that produces quality brandy. Villa Salina, which now houses facilities owned by the Region, with its characteristic gate surmounted by sphinxes.
It is located in the hamlet of Primo Maggio, to the south of the centre of Castel Maggiore. Villa Isabella is a typical Bolognese villa from the Baroque period where you can still admire interesting frescoes in the through loggia and in some of the rooms on the ground floor, as well as several statues in the garden and an artificial pond with islet (today without water). Frascari Tower, a 25-floor 87 metre high skyscraper. Villa Gelmi Belvedere, stylistically attributable to the first half of the eighteenth century, probably built on a pre-existing sixteenth century building. The main building has a fine façade emphasised by a double staircase and a beautiful central turret; on the sides there are two symmetrically arranged farmhouses and, more externally, two low squat towers. The villa is privately owned and underwent refurbishment in the early 2000s.