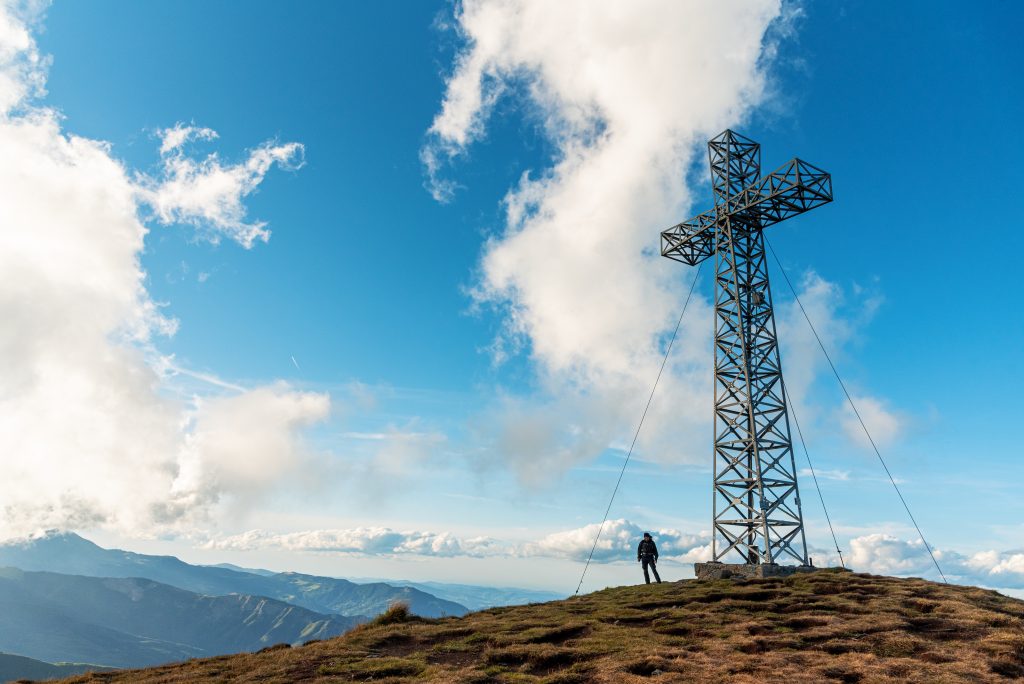 Lizzano in Belvedere is a town in the Bolognese Apennines about 70 kilometres from Bologna and strategically located on the border between Emilia and Tuscany. Its area includes the Corno alle Scale Regional Park,, the highest peak in the Bologna area at a height of 1,945 metres, and home to one of the most important ski resorts in the Italian Apennines.

A place that brings together those who enjoy an active life, sports lovers and those who just like to relax. You can travel through the valleys by mountain bike, on foot or spend a few hours relaxing in one of the lodges.
The best known routes lead to the seven tiers of the Dardagna waterfalls; to the Lake Cavone and Lake Scaffaiolo, from where you can admire the splendid view that opens out onto the Apennines and the Apuan Alps, or the summit of Monte Pizzo where the Monte Pizzo Adventure Park is located, the first in Europe without barriers.

Lizzano is strongly connected to its history. Don’t miss the Delùbro or Rotonda, a small temple of pre-Romanesque origin reminiscent of oriental architecture. It is the oldest intact monument in the province of Bologna.
There are also several sanctuaries in the area, two of which were built to commemorate different apparitions of the Virgin Mary: The Sanctuary of Madonna Dell’Acero and the Sanctuary of Madonna del Faggio.

Monte Acuto delle Alpi, Vidiciatico, Poggiolforato and Pianaccio can be found in the area around Lizzano in Belvedere, which are also known for their waters that flow into the spas in Porretta Terme.
Monte Acuto delle Alpi is a medieval hamlet perched on the top of a hill where time seems to have stopped and from where you can enjoy a splendid view of the valley below. It is home to the ancient church of San Nicolò in which there is an altarpiece painted by Pietro Faccini, a pupil of the Carracci family.

Vidiciatico on the other hand, is a well-known tourist centre located along the road that leads from Lizzano to Corno alle Scale. The village is characterised by the four access vaults of Ca’Gherardi, which show how the village once was, a square with 5 entrances dominated by the Bell Tower. The Oratory of San Rocco and the ancient stone wash houses are also worth a visit. Just above Vidiciatico is the “Caverna dell’Uomo Selvatico” (Wild Man’s Cave), which was used as a refuge in the past by shepherds and travellers. Today you can see the inscriptions on its walls and dates from the year 600 onwards.

Poggiolforato is another hamlet perched on a hill. One of its unusual features are its stone masks, referred to as “mummies”, carved onto the façades of the houses, once intended to bring luck to local families. This is one of the most fascinating villages in the Dardagna Valley. It still has one of the largest mills in the area, the Mulino del Capo, which was used by Pupi Avati as a set for one of the scenes in the film “La Gita Scolastica”. It is home to the “Giovanni Carpani” Ethnographic Museum, which is dedicated to mountain crafts and culture and has over 3,000 exhibits on display. There is also a small spring of sulphurous water in the village and a series of monumental trees that are the oldest in the park, including the protected Poggiolforato holly and a huge beech tree, protected by a regional tree preservation order.
Pianaccio is the birthplace of Enzo Biagi and Don Giovanni Fornasini. This village consists almost entirely of an impervious forest from which a few houses emerge, including the birthplace of Biagi and Fornasini and the Enzo Biagi Document Centre. This is a multi-floor building in which two floors are dedicated to the forest and two others entirely dedicated to the journalist and his life.

Lizzano is also known for its gastronomic products. Lying on the border between Bologna and Modena, its cuisine is influenced by both traditions, ranging from tortellini and lasagne which are typical of Bologna, to borlenghi and tigelle typical of Modena. The village is also known for farming “char” fish, awarding it the Slow Food quality label.