It is located on the Futa road that connects the two cities of Bologna and Florence. It is a town in the first Bologna Apennines, part of the BOM Bologna Montana tourist circuit. 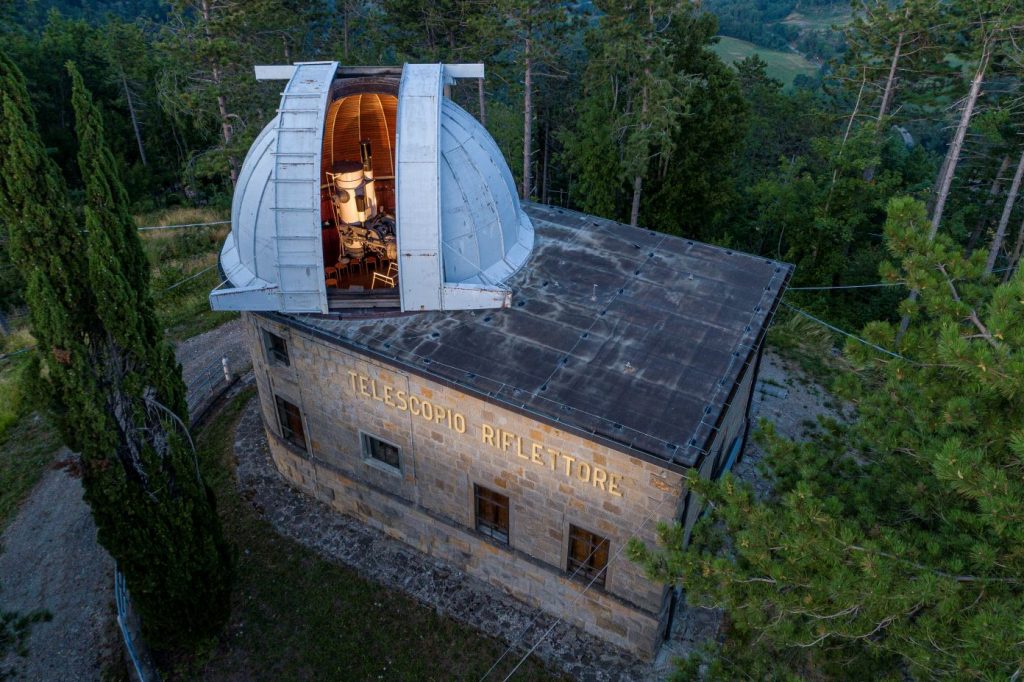 Loiano is located on the Futa road that connects the two cities of Bologna and Florence. It is a town in the first Bologna Apennines, part of the BOM Bologna Montana tourist circuit.

The mountain landscape embraces the small characteristic villages of the area; the ancient sixteenth-century village of Anconella, where you can visit the historic church and the remains of the ancient oratory dating back to the fourteenth century, as well as the hamlet of Barbarolo dating back to the year one thousand, home to the church of Saints. Peter and Paul.

Loiano is also home to the Astronomical Observatory of the University of Bologna, built in 1936 and equipped with two high-tech observatory structures used for wide-range studies of the heavens.

Precisely here we have one of the most fascinating stories in the history of Italy, because in the small hamlet of Scanello, on 28 September 1859 a secret summit was held that decided on the adoption of the single currency – the Lira – in view of the unification of the Kingdom of Italy under Vittorio Emanuele II.

For Mountain-Bike enthusiasts, in Loiano you can test yourself on the paths of Bologna Montana Bike Area, the new area entirely dedicated to the two wheels on the Bolognese Apennines.

The surrounding nature offers many walks to explore the mountain landscape, starting from the Vie dell’ Anello (Loop Route), a gently rising path that connects the four municipalities partners of the project (Loiano, Monghidoro, Monzuno, San Benedetto Val di Sambro). The Vie dell’ Anello is a project for discovering the Alta Val Savena and was created precisely to jointly enhance and promote a path that connects the existing CAI paths and makes the itineraries homogeneous and usable.