It is a town in the Imola area, located at the border between Romagna and Ferrara, on the road that connects Bologna with Ravenna 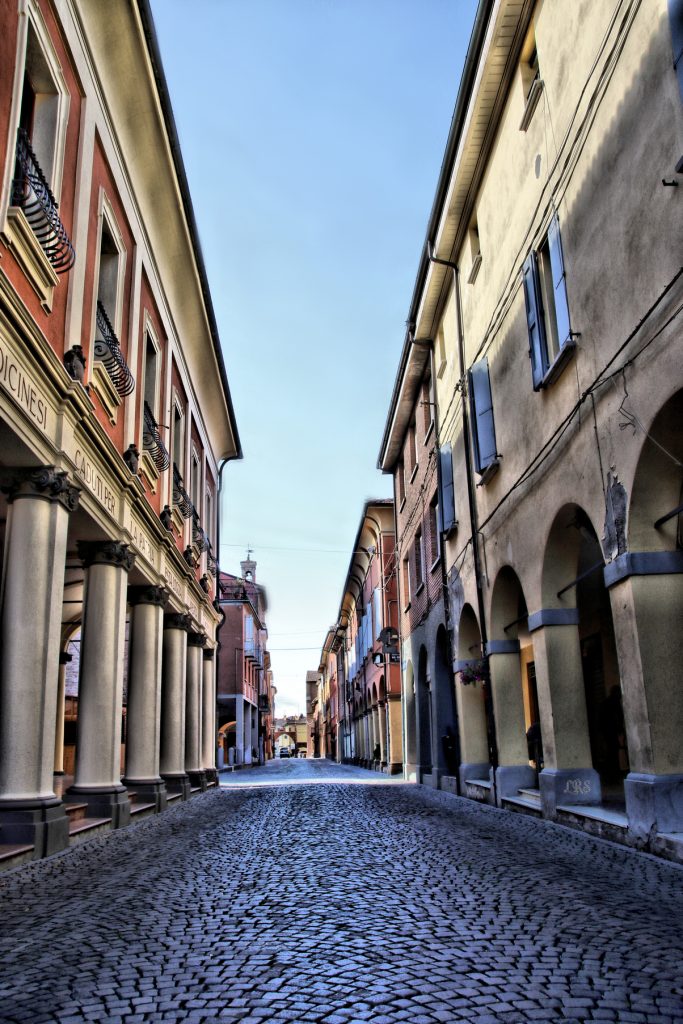 Medicina is a town in the Imola area, located at the border between Romagna and Ferrara, on the road that connects Bologna with Ravenna.

Its name comes from the Latin noun medicine “a place of medicationi, of healing”. It probably refers to an ancient legend dating back to the 12th century, according to which Frederick Barbarossa, who fell ill in this area, was miraculously healed thanks to a snake that fell into the imperial broth. He gratefully gave the town the name of Medicina.

This story comes to life every year in September, through a historical re-enactment: the castle welcomes the emperor with banquets, music and shows. Teams from the five towers of the city compete to win the Palio della Serpe.

Medicina lies in a flat area, characterised by streams and drainage channels that descend from the surrounding hills and flow into the valleys close to the river Reno. Its most characteristic features are its Baroque domes, towers and bell towers, monumental traces of the historical and artistic events that took place in the area.

The Palazzo Comunale (Town Hall) is found at the centre of the town. It was built in the 16th century but became the administrative centre of the municipality in 1804. Of interest are the walls under the surrounding portico and the cloister which contains plaques in memory of all those who died in the wars, together with the illustrious people from Medicina and in memory of Garibaldi’s visit.

Nearby you can also find the former church of the Carmine, built in 1696 upon the request of the Carmelite fathers from the nearby convent. After being deconsecrated in the 1920s, it was used as a military depot by the Italian army before being occupied by the Germans. Today it hosts events, exhibitions and concerts.

The Civic Museum with a rich selection of nineteenth-century archaeological exhibits is housed in Palazzo della Comunità.

The Medicina area also offers many pleasant country walks. A popular attraction is the “Il Quadrone” Oasis where there is a wetland area, a hygrophilous woodland and a unique meadow. This is an important area that protects many species of wildlife.

Not far from the Oasis is the radio astronomy observatory and the “M. Ceccarelli” Visitor Centre that were opened in May 1959. The observatory houses a large Northern Cross telescope formed by two rows of antennas arranged in a T configuration, in addition to a 32-metre diameter parabolic antenna, one of the largest transit radio telescopes in the world. To get a close look at the antennas and learn about radio astronomy, guided tours are available through the “M. Ceccarelli “ Visitor Centre.

Medicina is also famous because of a gastronomic excellence: the Onion. Golden, White or Red, it has been protected since 2004 by the Consorzio della Cipolla di Medicina (Medicina Onion Consortium) and is celebrated every summer at the Medicipolla event, with market stalls, shows and typical recipes.