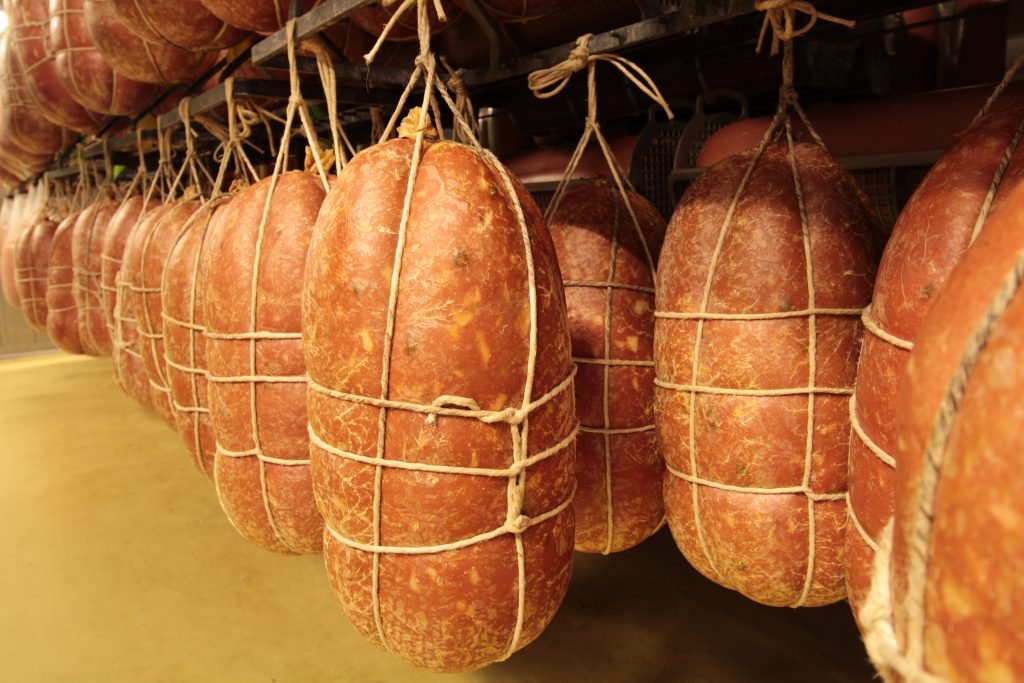 This is the cured meat par excellence of the regional capital of Emilia. It is often referred to as “la Bologna”.
It is a cooked sausage made exclusively of pork. It is characterised by its oval or cylindrical shape, a pink colour and an intense aroma. Since 1998, it has been a PGI product, i.e. of Protected Geographical Indication.

Its origins probably date back to Etruscan times and the name could derive from the Latin ‘murtatum’, or meat minced in a mortar, or ‘myrtatum’, a sausage made with meat seasoned with myrtle berries.
There is evidence of links with the city of Bologna in the fifteenth century, when the Visconti of Milan offered the city of Bologna a fat ox every year in exchange for mortadella. In 1661, Cardinal Farnese issued a proclamation that codified its production.
Today, it is also produced outside Emilia-Romagna but its home remains Bologna, where every year the Consortium celebrates Mortadella Day.

There are numerous recipes that use Mortadella. In addition to being the main ingredient of the filling for tortellini, it is used as finger food, as a spreadable mousse and in the preparation of meatballs. It is usually eaten in cubes or as a filling for sandwiches, tigelle and focaccia.

In 2001 the Italian Consortium for the Protection of Mortadella was officially established, which brings together producers of Mortadella Bologna. It works constantly towards achieving three objectives: protecting, promoting and giving special value to the product. It currently has 26 members including producers and slicers, some of whom offer tours and tastings. 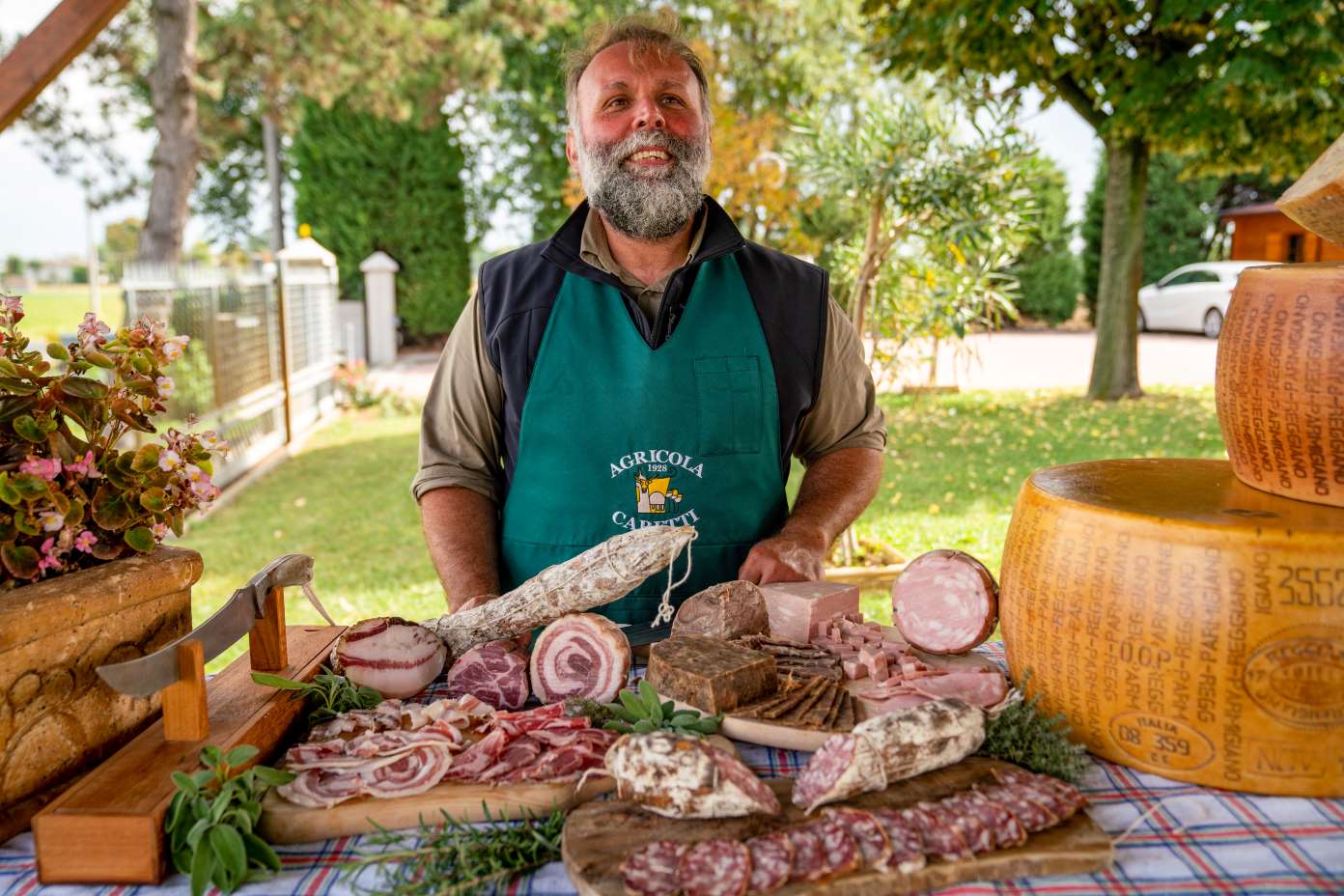 26 members among producers and slicers